Our sagardoa is a slightly alcoholic natural drink (around 6% ABV) resulting from the fermentation of 100% apple juice. It is a completely natural and living product, to which no preservative is added. It does not contain added sulfites and its carbon dioxide comes from the fermentation itself.

Zapiain Sagardoa is a long drink refreshing cider with a marked acidity, which makes it the perfect companion for a good meal, especially dishes prepared on the grill. It should be consumed fresh, but not too cold (about 10-12ºC). 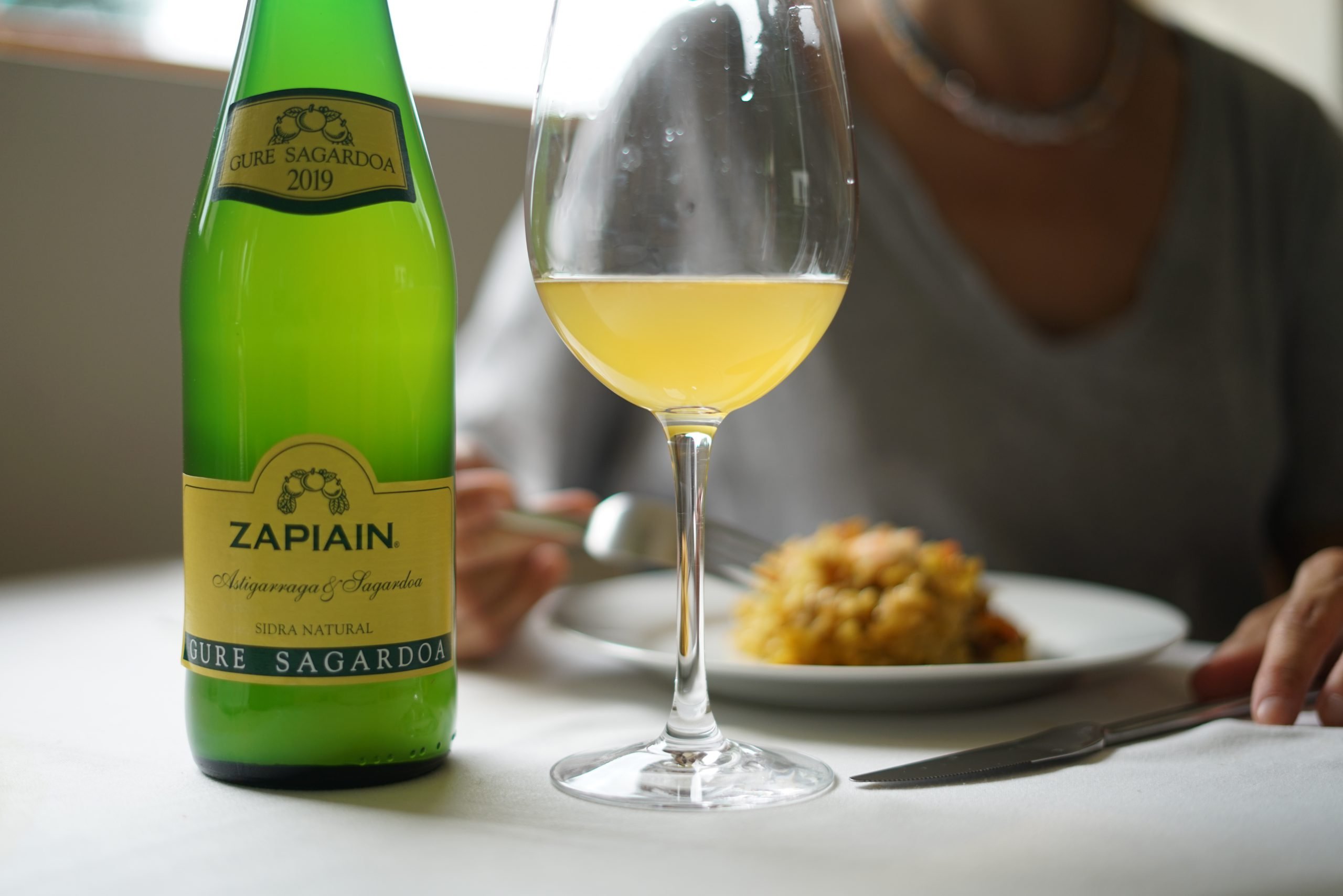 Sagardoa may contain sediment, since it is a product that has not been filtered or clarified. Before serving it, it is convenient to homogenize the liquid, holding the bottle in an inverted position and shaking it intensely to dissolve the sediment and awaken the natural carbon content it contains.

We recommend serving it in a fine crystal glass and in small quantities. In this way, the product will remain fresh and can be enjoyed in its optimal state, keeping all the flavors and aromas and preventing it from oxidizing and losing part of its strength. 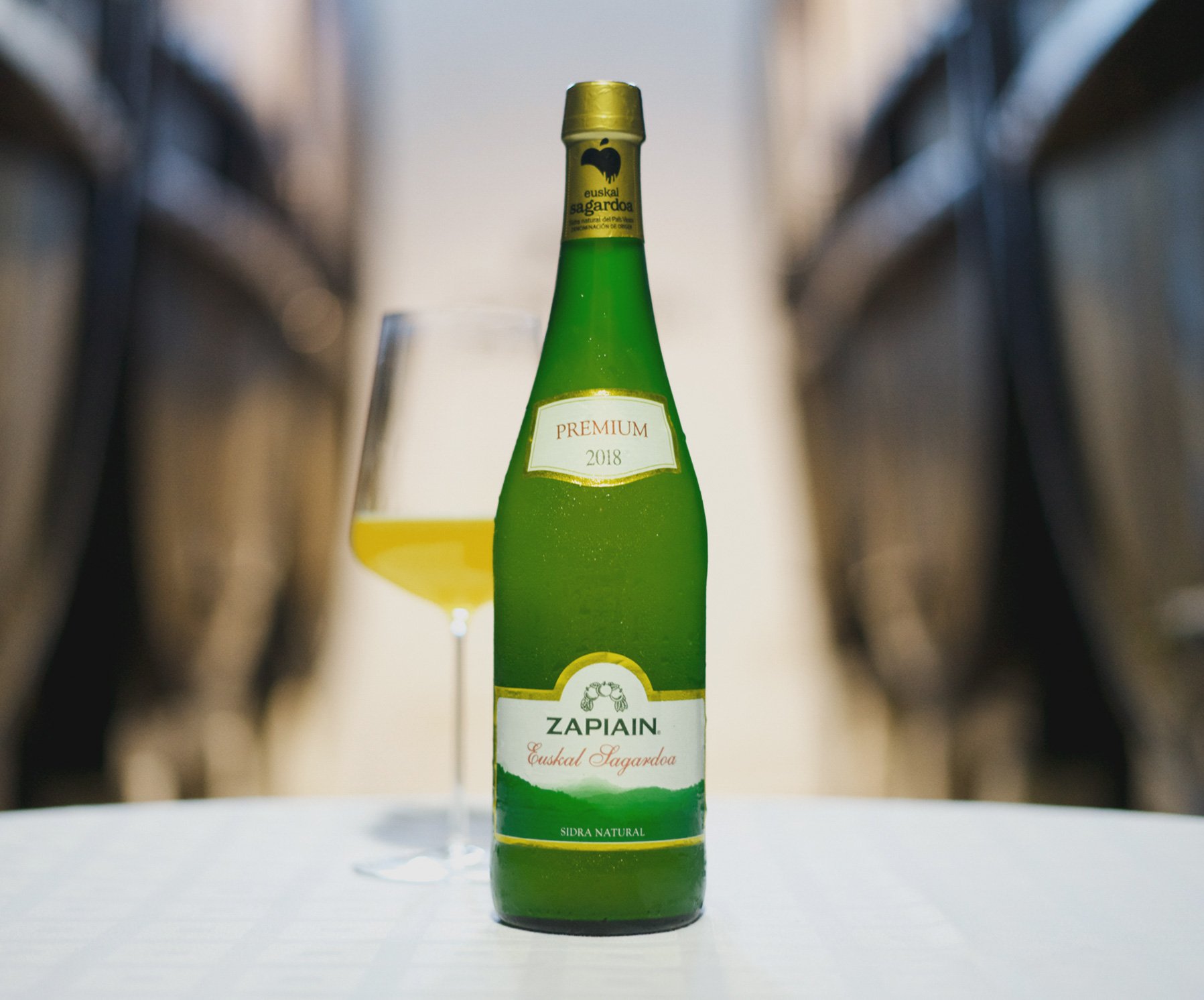 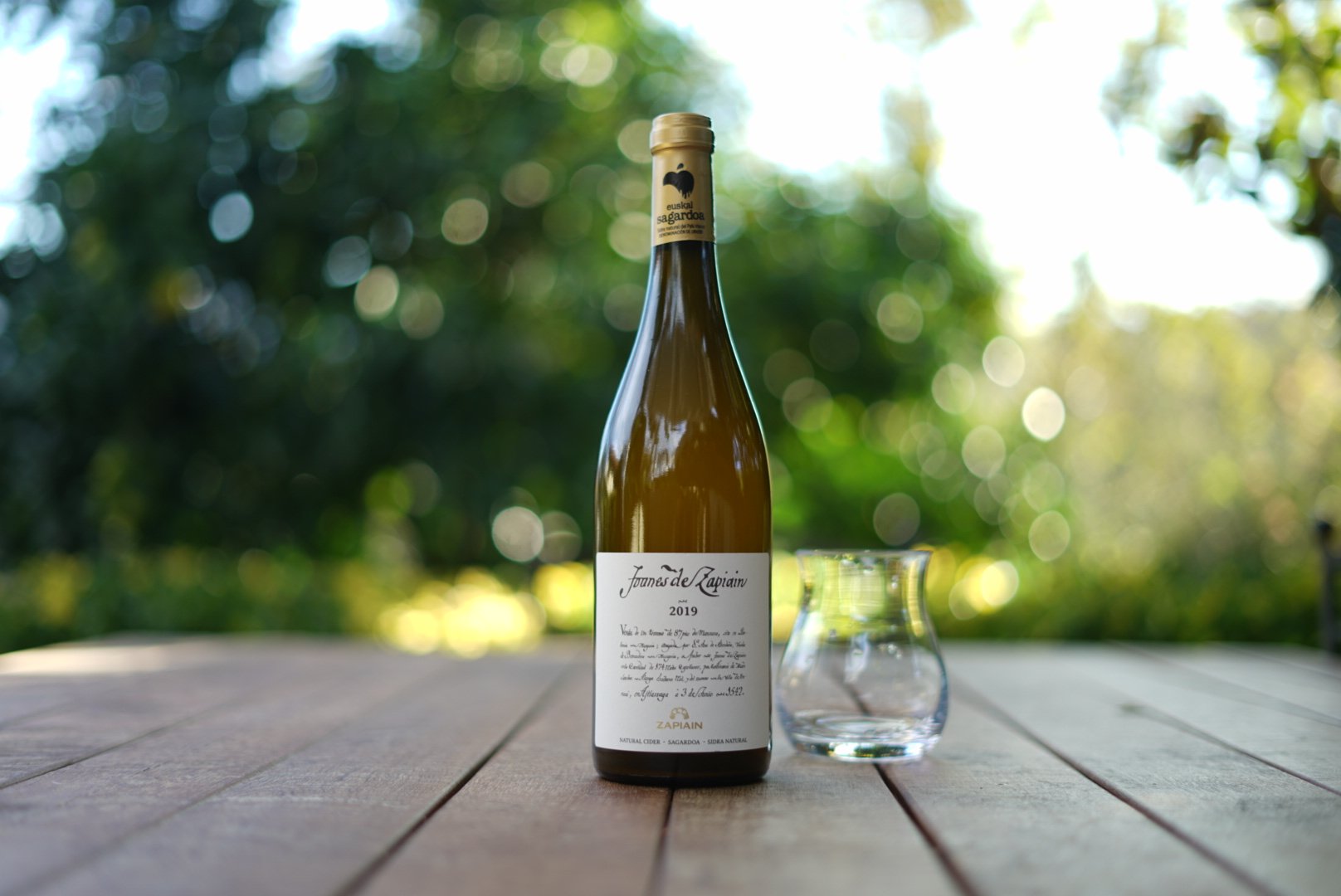 Quality is one of the pillars of our cellar. In 1981, the Zapiain cider house incorporated to its team the first enologist in the Basque cider industry, Miguel Zapiain Goñi. As of this date, research and improvement of the processes in order to achieve the highest quality  product has been a constant of the brand, which has allowed us to anticipate subsequent market demands. This has substantially boosted our business success. The great value of our cellar lies in the knowledge acquired over years to process a natural and living product without preservatives.

In 2006, Zapiain introduced the ISO 9001 standard for quality management. Since 2010, Zapiain works under the IFS Food (International Featured Standard) procedure, a very demanding standard focused on food safety. In 2011, Zapiain obtained the highest level of IFS. This certification is renewed annually, after an audit of the facilities and processes.

In our cellar we work with 3 certifications that guarantee both the quality and the origin of our sagardoa and the apples with which it is made.

It the brand that identifies the superior quality sagardoa or Basque cider. “Gorenak” means in Basque “supreme”, “sublime”, “the highest”. Each and every one of the cider bottles that carry the GORENAK black capsule or “txapela” have passed quality controls and have obtained high score in the accredited tastings of the Fraisoro Laboratory. Few can guarantee this, but Zapiain Sagardoa ranks high among them.

The Protected Designation of Origin EUSKAL SAGARDOA, in addition to the quality of the cider, certifies the origin of the apples used to make it. This PDO allows the use of 115 local varieties. Zapiain Sagardoa has opted for this PDO since its creation in 2016, reaffirming our commitment to quality and origin. The objective is that in a few years we can supply the market with 100% local product. The apples with which we make our EUSKAL SAGARDOA have been subjected to a rigorous traceability system that ensures their origin. In addition, the quality of the sagardoa has been certified by the Fraisoro Laboratory. Only those that receive more than 75 points out of 100 are worthy of the golden capsule and the PREMIUM qualification.

At Zapian Sagardoa we are committed to sustainability and respect for the environment. For this reason, we have recently added to our catalog an organic cider certified by the Basque Council for Organic Agriculture and Food, ENEEK. The production of organic food products is regulated by the European Commission. This regulation establishes, in addition to the requirements for the production and preparation of food, the obligations of inspection, certification and labeling. The organic seal guarantees that our cider has been made following the highest sustainability standards, without using synthetic chemicals, or genetically modified organisms – neither as fertilizer nor to combat pests-, thus achieving organic food at the same time as preserves the fertility of the land and respects the environment. 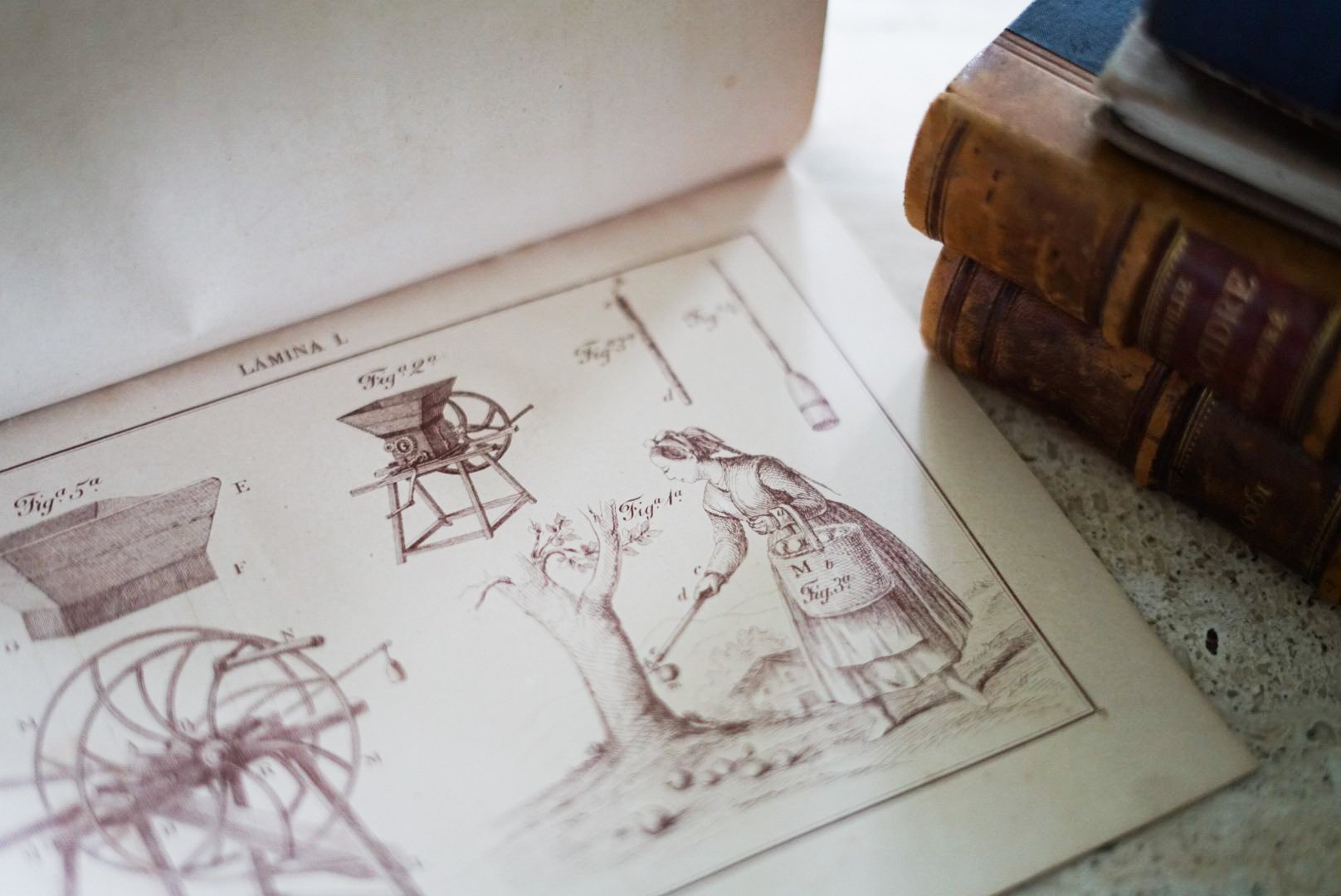 Basque natural cider or sagardoa is a product that has been made in the Basque Country since time immemorial. The first known document that relates the Basques to the production of cider dates from April 17, 1014. In it, King Sancho III of Pamplona donates land located in Gipuzkoa to the monastery of Leire, among whose assets are apple trees.

A century later, the famous guide to the Way of St. James attributed to Aimeric Picaud makes an express reference to apple trees and cider in the Basque Country. It is one of the first known references that goes like this:

“Then, near Port de Cize, is the Basque Country, which has the city of Bayonne on the coast to the north. This land is barbarous because of its language, full of forests, hilly, scarce in bread, wine and all food for the body, except the consolation of apples, cider and milk “

From that moment on, mentions of cider multiplied and in the fourteenth century it was common to find ordinances in Basque municipalities relating to the cultivation of apples as well as the production and marketing of cider.

Cider reached its peak in the 16th century, with the boom in cod fishing and the whaling industry. In the coming centuries, cider will evolve and will continue to have important roots in Basque culture.

The decline of cider reached the Basque Country in post-war times, after the civil war of 1936 and with the arrival of the Franco dictatorship. Various reasons cause production to decline substantially: The lack of labor, the popularization of other drinks, high taxes or the persecution of Basque culture and its leisure spaces …

It was at that time that Nicolás Roxario Zapiain opted for the production of cider with the construction of a cellar with a capacity of more than half a million liters, an icon of the current Zapian cider house in whose kupelas sagardoa is still made today.